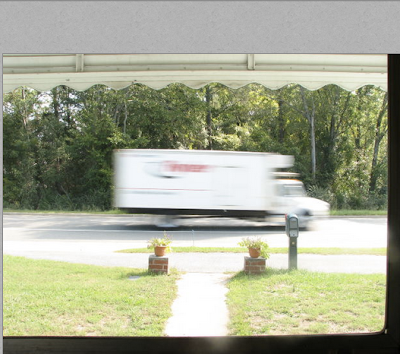 The dust has settled, the boxes have all been unpacked, the curtains are up and I'm settled in at the new place.

Not without a few hiccups, but when is moving ever easy?

I'm grateful for all of you who waited patiently for this transition; this will be the last post at this site.  I'm integrating the blog into the new website can't wait for you to check it out.

The same great content, information, recipes, and ideas about food, holistic nutrition, and health is still available, you'll simply need to head on over to the new place located at http://grainsandmore.com/blog.

If you've found this page for the first time please be aware that I will no longer be monitoring this blog, I'm leaving it up for a few months to get all the content sorted out at the new place.

In other big news I'm also very happy to announce that my book is thisclose to publication and want to encourage you to visit http://thepantryprinciple.net where you can get a sneak peek at the cover in advance of publication.

Thanks for all of the support and readership, I hope to see you over at the new place.
Posted by Mira Dessy at 5:34 PM No comments: 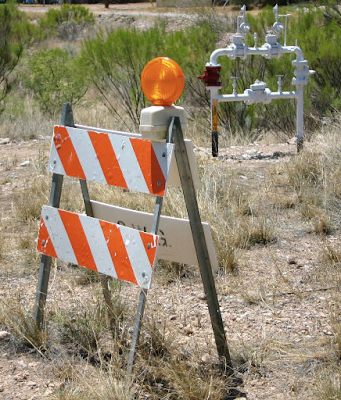 As those of you who are regular readers know, I've been working on my book, The Pantry Principle.  It's taking longer than anticipated however the wait, and the end result, are going to be totally worth it.  I've been learning a lot and we're putting the finishing touches on it in this final editing phase.  I'm very pleased with the way it's going and I'm sure those of you who have/will purchase(d) it will feel the same say.

What I haven't told you is that I've also been making major changes to my website and, by extension, to this blog.  Without going into a long, involved explanation, I'm moving to a different platform that will allow me to more fully integrate the blog and my website.

I'm very excited about the new setup.  I've been working with Jasmine and her amazing team over at 910West.com and the results are gorgeous!  However, wanting to make sure all of the last few years of information, recipes, tips and more moved over to the new site we've gotten to the point where I need to take a short break from blogging so we can safely port everything over, spiff it up and give it a once over before we turn this back on again.

Once everything is set up I'll post here one last time to give everyone the new feed location.  Those of you who are subscribed through Feedburner should be automatically redirected.  Anyone using a different feed reader may need to resubscribe.

Thanks for you patience.  Just wait till you see the new place, it looks great.
Posted by Mira Dessy at 8:11 AM 4 comments:

It is estimated that 18 million Americans have type 2 diabetes, and the number is increasing. Researchers at the Harvard School of Public Health have noted that the consumption of white rice has also increased drastically. These researchers found that eating five or more servings of white rice per week increases the chance of developing type 2 diabetes. Conversely, Dr. Qi Sun, an instructor at Brigham and Women’s Hospital in Boston, discovered that replacing 50g of white rice with an equal amount of brown rice lowers the risk of type 2 diabetes by 16%. (Brown Rice vs. White Rice: Which is Better? Bill Hendrick, Web M.D. Health News, June 14, 2010).

It is also important to note the study found that replacing white rice with other whole grains such as barley and wheat resulted in a 36% reduction in the occurrence of type 2 diabetes. The study mentioned above suggests brown rice benefits when included regularly in meals. In three studies conducted by the Health Professionals Follow-Up Study and the Nurses’ Health Study I and II, scientists studied rice consumption and compared it to diabetes risk in 39,765 men and 157,463 women. Adjustments were made for age, lifestyle and dietary risk factors. They found individuals who ate five or more servings of white rice had a 17% increase in their risk of diabetes. Their research also found that eating two or more servings of brown rice per week resulted in an 11% reduced risk of type 2 diabetes. This study is another strong indicator for brown rice benefits. (Ibid)

The difference between the two types of rice is a difference in what is termed the glycemic index. The glycemic index measures how quickly a certain food raises blood sugar levels. The studies mentioned above found that white rice has a higher glycemic index than brown rice. This is believed to be due primarily to the refining process. When brown rice is refined there is a loss of fiber, vitamins, and minerals such as magnesium. The brown rice also contains essential nutrients such as lignans, phytoestrogens, and phylic acid. All of these minerals and nutrients are believed to aid in the prevention of type 2 diabetes. Whole grain foods have also been shown to possess compounds which lower blood pressure and prevent cancer. (Ibid)

The underlying cause of type 2 diabetes is believed to be insulin resistance. The body’s cells become resistant to the insulin produced by the pancreas. Insulin is necessary to transport glucose into the cells. As the body ages, the cells become resistant to insulin, and they require more insulin for this transport process. When a food with a high glycemic index such as white rice is ingested, the blood glucose level spikes, which requires a high amount of insulin. The increased insulin in the bloodstream results in a drop in the blood glucose. It is these spikes and drops that cause damage to the peripheral nerves and blood vessels, resulting in damage to the eyes, kidneys, heart, and lower extremities.

While brown rice benefits seem evident, preparing it can prove challenging. Brown rice is provides more fiber than white rice and requires more water and a longer cooking time. A possible alternative to conventional preparation is to use a digital rice cooker. Rice cookers contain an inner pan that sits on an element. Certain amounts of rice and water are added to the cooker. The cooker senses when the rice is cooked by the temperature of the inner pan. This eliminates much of the guess work in preparing the rice.

Vegetables and sauces can also be added to enhance flavor. Eating brown rice not only increases an individual’s chance of preventing diabetes but can add a tasty addition to any meal.  For some tasty recipes and more information be sure to check out “Now, You’re Cooking with Brown Rice!” by Alice Henneman, MS, RD, of the University of Nebraska, Lincoln, Extention, Lancaster County.


Matthew Laphet is the  Co-creator of Rice Cooker Guide.com.